Meet the Team - We are veterans helping veterans! 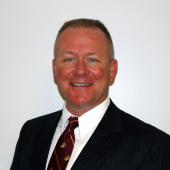 John is the Founder and Executive Director of Camp Valor Outdoors, a 501(c)(3) nonprofit organization that assists wounded veterans. Founded in January 2013 and located in Kingsville, MO, Camp Valor Outdoors mission is to assist and reconnect ill, injured, and wounded veterans throughout the healing process through adaptive competitive outdoor activities to include guided hunting, fishing, shooting, archery, riding ATVs, and attending sports venues.  Since its inception in 2013, the organization has assisted over 1000 warriors and family members while currently operating in 14 states.  The organization operates with a 100 % volunteer Staff and Board and provided these events FREE for ill, injured, and wounded veterans.

John served nearly 23 years of active duty service in the United States Marine Corps.  He was enlisted for the first 11 years attaining the rank of Staff Sergeant and served the last 12 years as an Officer retiring as a Major in December 2008.  His last duty assignment was in Kansas City, MO as the Deputy Director, Marine Corps Total Force Systems, Headquarters Marine Corps.  Since 2008, John has served in several capacities to include Vice President of Operations for a national manufacturing company as well as the Chief Executive Officer for Iron County Hospital in Pilot Knob, MO, where John retired from in May 2012 to devote more of his time to serving veterans. 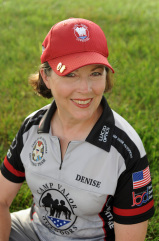 Denise retired after 29+ years in the Army working as a logistician. She is focused on the operations of CVO and the fundraising mission. Our wounded/injured/ill veterans are provided all of the equipment needed for hunting/fishing/shooting through Camp Valor Outdoors. Denise reaches out at the local level veterans for grass roots exposure to inform local communities of what is available through CVO. She provides our staff with the construct to be able to reach out anywhere across the US to veterans of all generations and all services. Denise brings competitive rifle experience to the team for high power rifle, small-bore, and air rifle. She fired with the United States Army Marksmanship Unit for two tours of duty on the International Rifle team. In 1994 she transitioned from active duty to the US Army Reserve where she fired as a member of the United States Army Reserve Team for International Rifle, Combat, and Service Rifle. Upon retirement she fired one year with the VA State High Power Rifle Team before being recruited to serve with Camp Valor Outdoors. She provides coaching to veteran shooters coming on the team and continues to
compete at the local, regional, state, and national levels.

2018 US National Team for 300M competing in the ISSF World Shooting Championships, Changwon,
Republic of Korea


Camp Valor Outdoors© All materials contained on this site, CampValorOutdoors.org, are protected by United States copyright laws and may not be reproduced, distributed, transmitted, displayed, published, or broadcast without the prior written permission from Camp Valor Outdoors